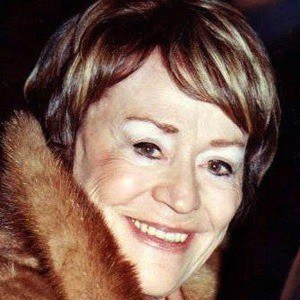 Late French leading lady who became known for her roles in The Piano Teacher and Cache (Hidden).

She made her French film debut in 1955 with a small role in Thirteen at the Table.

She was nominated for a BAFTA Best Foreign Actress Award for her role in Rocco and His Brothers.

She got married to Renato Salvatori in 1962; the couple had a daughter named Giulia.

She co-starred in the 2005 mystery thriller Cache (Hidden) with Juliette Binoche .

Annie Girardot Is A Member Of