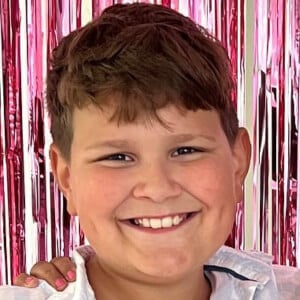 American YouTube star who is best known as a part of the JKrew family YouTube group. His family's channel has amassed over 1 million subscribers. His family jkrewfam Instagram account has garnered  20,000 followers, where he shares wholesome content of his children and the family dogs.

Videos were first posted to his family's YouTube channel in APRIL 2017.

His family's YouTube videos have been seen over 525 million total times. His most popular upload, "We OPENED Our Own McDonald's At Home!" has been viewed over 19 million times.

His siblings names are Bini, Priscilla, Maddy, and Liam and his parents are named Josh and Sandy.

He shares a birthday with fellow YouTube star Dean Dobbs.

Anthony JKrew Is A Member Of