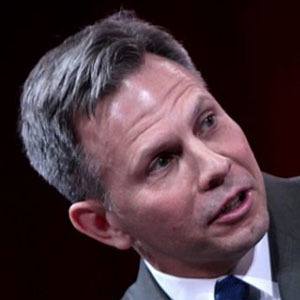 United States war hero best recognized for his book Operation Dark Heart where he discusses the mishandling of intelligence prior to September 11. He is also known for having had his works censored by the Defense Department.

He enlisted in the Ohio Army National Guard in 1980 and graduated from Officer Candidate School in 1982. He then went on to earn his degrees in political science and environmental studies from Wright State University in 1986.

He is also known for having served as a member of the US Nuclear Strategy Forum.

He is also known for having been featured on the Donald Trump 2020 advisory board.

Anthony Shaffer Is A Member Of