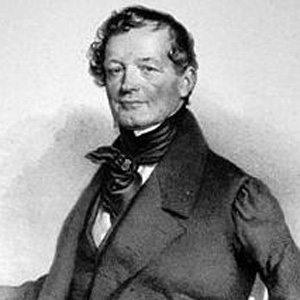 Composer and music publisher who wrote the waltz that inspired Beethoven's famous Diabelli Variations of 33 pieces that were written between 1819 and 1823.

He studied music with Michael Haydn and performed with the Salzburg Cathedral's boys' choir as a child. During his teenage years, he composed several masses.

His musical compositions include Adam in der Klemme, an operetta, and Pleasures of Youth: Six Sonatinas.

He was born in Mattsee, Austria, and he trained in his youth for the priesthood.

His music publishing company championed and printed the work of Franz Schubert early in the composer's career.

Anton Diabelli Is A Member Of