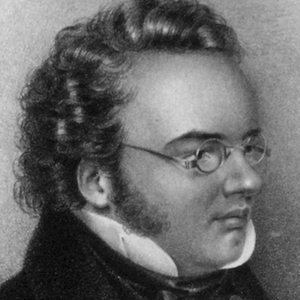 Master composer of the classical Romantic period who wrote more than 600 works during his brief lifetime. One of his more popular compositions was part one of the three "Marche militaires."

He already was more skilled than his music teachers at the age of seven, and he entered one of Austria's top music schools by the age of 11.

His output was largely unappreciated while he was alive, but his liturgical music, operas, incidental music, chamber and solo piano music, as well as his 10 symphonies, primarily the "Unfinished Symphony," are now regarded as some of history's greatest works.

He was one of five surviving children born to Franz Theodor Florian, a schoolmaster, and Elizabeth Vietz.

He was part of the Viennese classical school, which also included composers like Wolfgang Amadeus Mozart and Joseph Haydn.

Franz Schubert Is A Member Of