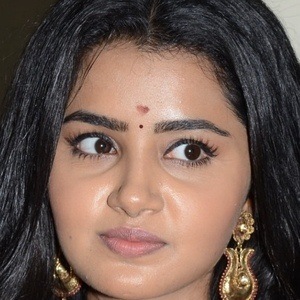 Award-winning Indian film star who has been seen in Malayalam, Telugu, and Tamil films. She is perhaps best known for her role in 2015's Premam, though she is also recognized for her acclaimed roles in A Aa and Kodi.

In seventh grade, she joined Inner Space Little Theater. She would later attend CMS College Kottayam before dropping out to pursue acting.

In 2017, she won Best Supporting Actress at the IIFA Utsavam for her role in Premam.

Born to Parameswaran and Sunitha, she has a younger brother, Akshay.

In Premam, she starred opposite Nivin Pauly and Madonna Sebastian.

Anupama Parameswaran Is A Member Of