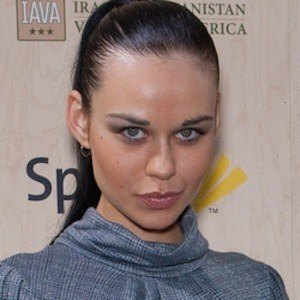 Russian model who was the tenth-cycle runner-up on the reality television contest America's Next Top Model. She was photographed for such magazines as Elle Hong Kong and Ming Pao Weekly.

While in high school, she trained as a dancer in the Tahitian and Hula styles.

She was featured on Project Runway in 2009.

Adopted at the age of four by Mike Kop and Bal Patterson, she grew up in Hawaii.

She modeled clothing on The Tyra Banks Show in 2008.

Anya Rozova Is A Member Of