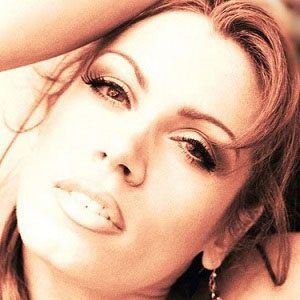 She was hired by World Championship Wrestling following her appearance in Playboy Magazine in 199.

She has her own line of comic books called "Code Red."

She defeated Sweet Saraya to become the World Queens of Chaos Champion in 2006.

April Hunter Is A Member Of