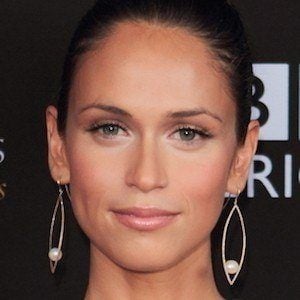 Model and television show host, she is best known for being a correspondent on NBC's Access Hollywood and Access Hollywood Live, formerly hosted by Billy Bush. She hosts red carpet events and has been the face of many print campaigns in the fashion industry.

She began modeling at the age of thirteen. She studied fashion promotion at the University of the Arts, London College of Fashion, focusing on journalism, broadcast, and public relations. She participated in Tyra Banks's reality show Fashion Mega Warrior.

When she moved from London to the United States she became the pop culture specialist on BBC America's The Brit List from 2012 to 2013 and a guest judge on Lifetime's Project Runway in 2014.

She was born in the Kingston, England. She has dated Neal Bledsoe.

Asha Leo Is A Member Of