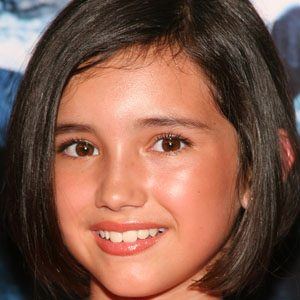 Former child actress who appeared in major films such as Crash and The Happening before reaching age 12. She has also played roles in CSI, The West Wing, and Without a Trace.

She was encouraged by her mother to pursue a career in the performing arts.

She began her career in 2003 at age seven on WB's show, Charmed.

She has a younger sister named Madeline.

She guest-starred on CSI with Laurence Fishburne.

Ashlyn Sanchez Is A Member Of