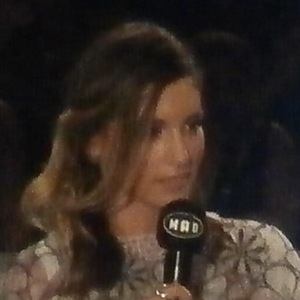 Greek actress who found fame on the series Oi Atromitoi before starring in films like 2013's A Night in Athens and 2015's Amore Mio. She is the founder of the jewellry line Allover.

She grew up in the town of Skala in Laconia, Peloponnese, Greece and attended the Agricultural University of Athens.

She has graced the cover of the Greek magazine Downtown.

Her parents' names are Dionysis and Georgia. She has a brother named Nikitas.

She and television host Julia Bradbury have both been contestants on the game show Just the Two of Us.

Athina Oikonomakou Is A Member Of