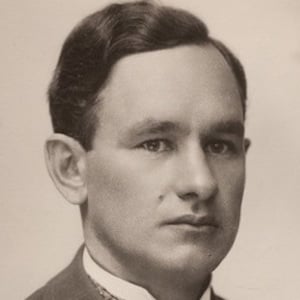 Estonian writer and politician who published over twenty-five novels, short stories, and plays over the course of his career. His most famous works include Oitsev Meri (The Flowering Sea), Hea Sadam (The Good Port), and Taeva Palge All (Under the Face of Heaven).

He published his debut novel, Kesaliblik, in 1926.

He became a member of the National Constituent Assembly in 1937 and was elected to the Chamber of Deputies in 1938.

He married Pauline Triipan in 1933. The couple became parents to one daughter.

He was born in the same country as former Estonian Prime Minister Tiit Vahi.

August Malk Is A Member Of