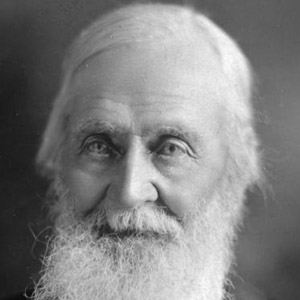 Remembered for leading several mid-nineteenth-century expeditions along Australia's waterways, this British-born explorer earned the prestigious Royal Geographical Society gold medal in 1858 and the Clarke Medal in 1896.

When he was ten years old, he emigrated with his family from Nottingham, England, to Western Australia's Swan River Colony.

He served on the Queensland, Australia Legislative Council.

He and two of his brothers -- H.C. Gregory and F. T. Gregory -- participated in several joint expeditions.

His 1857-1858 Australian expedition was undertaken with the aim of recovering the missing explorer Ludwig Leichhardt; sadly, Leichhardt was never found.

Augustus Charles Gregory Is A Member Of