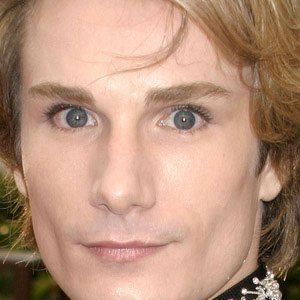 He attended FIT in New York and also received fine arts training at the Art Students League in New York.

He was portrayed by comedian FFred Armisen on Saturday Night Live.

He is the son of Debra Little and Christopher Scarlett.

Former host of Project Runway Tim Gunn often praised his designs for their originality and flair.

Austin Scarlett Is A Member Of