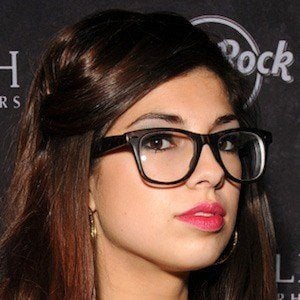 Adult film actress who has worked with top brands in the industry such as Reality Kings.

She became involved in the adult entertainment world as soon as she hit the legal age of 18.

She was featured in a 2015 documentary called Hot Girls Wanted.

Her real name is Rachel Bernard with Ava Taylor being her stage name.

Reality star Farrah Abraham and her were both featured in Hot Girls Wanted.

Ava Taylor Is A Member Of