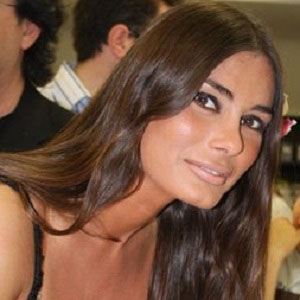 After rising to fame for her Miss Italia pageant win and for her "Miss Photogenic" title in the 2003 Miss World pageant, she expanded her fan base by performing on the variety show Buona Domenica and subsequently appearing on the reality television series L'Isola dei Famosi.

Before beginning her modeling and entertainment careers, she trained as a violinist.

She and her husband Carlo Marini Agostini welcomed a daughter named Sveva Lucia in late 2013.

She is a contemporary of fellow Italian model and reality television personality Elisabetta Canalis.

Barbara Chiappini Is A Member Of