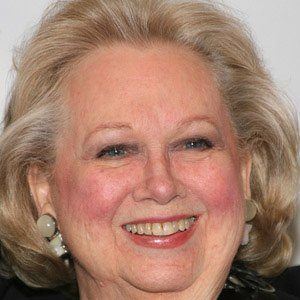 American theater singer and actress who appeared in The Music Man and in Thumbelina and Candide.

She began her career doing performances at clubs in New York City before finding work on Broadway.

She won a Tony Award for her performance in the 1957 production of The Music Man.

She had one child with her ex-husband and acting teacher, David LeGrant.

She had a lead voice acting role in the 1994 film Thumbelina, which also featured the voice of Charo .

Barbara Cook Is A Member Of