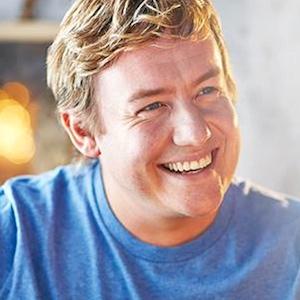 Cook and author who is best known as the founder of the MyVirginKitchen YouTube channel. He is the author of the cookbook Dinner's On. He also has a joint YouTube channel with Stuart Ashen, titled Barshens.

He created MyVirginKitchen to inspire himself to learn to cook. Every recipe he uses, he is using for the first time in front of his subscribers.

He was working as a quantity surveyor for Wates Group, but took a sabbatical in order to focus on his cooking project.

He has daughters named Phoebe and Chloe with his wife Rebecca Gardner.

He was inspired by Jamie Oliver to create his cooking channel, and Oliver was the one that wound up discovering him.

Barry Lewis Is A Member Of