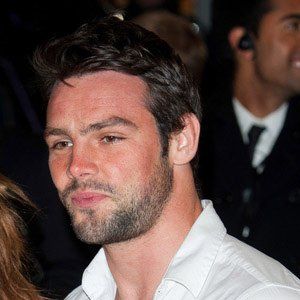 British rugby star for the English national team, joined the Northampton Saints in 2008.

He played for England's Under-16 and Under-19 rugby teams.

He was given the name 'Pop Idol' after missing a practice to audition for a television role.

He married singer Una Healy in 2012. He has a son named Tadhg and a daughter named Aoife.

He joined the Northampton Saints three years after Paul Grayson retired from the team with a franchise record in points.

Ben Foden Is A Member Of