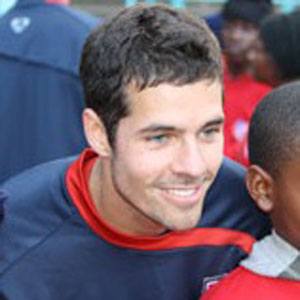 MLS midfielder who joined Sporting Kansas City in 2013 after two seasons with the New England Revolution.

He played college soccer at the University of California, Los Angeles from 2003 to 2005.

He represented the U.S. national team at the U20 and U23 level before joining the senior squad in 2007.

He married Michele Allred in 2011.

He became teammates with Landon Donovan on the U.S. national team in 2007.

Benny Feilhaber Is A Member Of