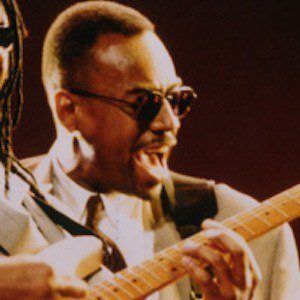 American bassist and producer best known as the bassist for the funk band Chic.

He formed Big Apple Band with Nile Rodgers in 1972.

His iconic bass line on the song Good Times is one of the most famous in music history and served as the inspiration for Another One Bites the Dust by Queen.

His son Bernard is a highly-successful record producer.

He and guitarist Nile Rodgers were members of the seminal funk band Chic.

Bernard Edwards Is A Member Of