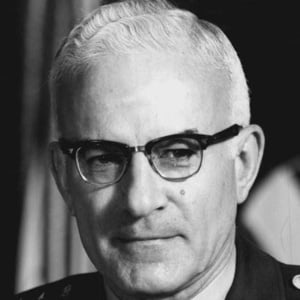 Outspoken U.S. Army general who ushered in a new generation of weapons and led the transition to an all-volunteer force.

He distinguished himself as a cadet as West Point and earned a promotion to First Captain.

He was not afraid to criticize his superiors, and this habit got him in trouble on numerous occasions.

He was married to Ann Ellen Jones for sixty-three years. The couple had three children.

He told reporters that he considered Ronald Reagan's reduction of nuclear missiles a mistake.

Bernard W. Rogers Is A Member Of