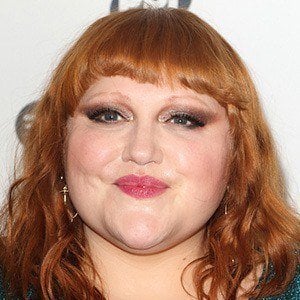 American singer-songwriter best known as the frontwoman for the indie band Gossip, best known for singles like "Heavy Cross" and "Perfect World." In 2019, she was cast in the TV series On Becoming a God in Central Florida.

She had a falling out with her mother at the age of thirteen and afterwards lived with her aunt.

Gossip reached Platinum-certified sales in Australia, France, and Switzerland with the album Music for Men.

She is the middle child of seven siblings. She is openly a lesbian.

She won a 2008 Glamour Women of the Year Award, as has Leona Lewis .

Beth Ditto Is A Member Of

Don't Worry, He Won't Get Far on Foot
On Becoming a God in Central Florida
41 Year Olds
Rock Singers