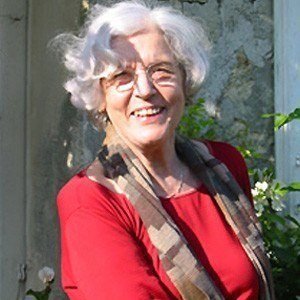 Internationally beloved French composer known for pieces that were often heavy on lyricism and based in poetry and emotion. Her works included "Plupart du temps II" from 1989, "Come follow for viola" from 2001, and "Jean Sébastien Bach-Contrapunctus IV for orchestra" from 2001.

She moved from Paris to New York in 1940. She was a student at Lycée Français and Bennington College.

She won the Berlin Prize from the American Academy in Berlin in 2000.

She had three children with Gabriel Illouz.

Her father was friends with Ernest Hemingway, and she remembered his visits while she was a child.

Betsy Jolas Is A Member Of