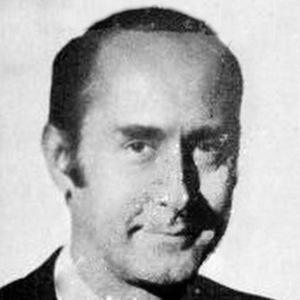 Grammy Award winner who wrote many legendary film and TV scores, including "Moon River" and the theme of "The Pink Panther" film series. He was given the Grammy Lifetime Achievement Award posthumously in 1995.

He took a break from his studies at the Julliard School of Music after being drafted by the United States Army to fight in World War II.

He won 20 Grammy Awards and was nominated for 72 throughout his lifetime. He wrote the scores for "The Thorn Birds," "Breakfast at Tiffany's," "Days of Wine and Roses," and the themes for "Peter Gunn," "Newhart," "Hotel," and "Remington Steel," just to name a few.

He married Virginia O'Connor on September 13, 1947, and the couple had three children together.

He contributed the score to "Touch of Evil," Orson Welles' crime-thriller masterpiece from 1958.

Henry Mancini Is A Member Of