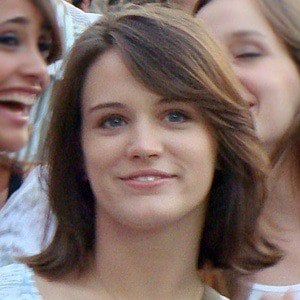 Brazilian soap opera actress who is widely known for her portrayal of Fátima in the Rede Globo telenovela Passione. She is also recognized for having landed a leading role in the telenovela Cordel Encantado.

She made her professional acting debut on the series Malhação in 2009.

In 2014 she played an antagonist in the telenovela Boogie Oogie.

She married her husband Pedro Brandão in 2012.

She and Fernanda Montenegro were both cast in 2010's Passione.

Bianca Bin Is A Member Of