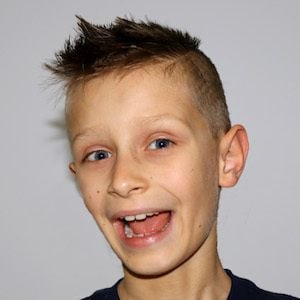 YouTuber known for featuring Fortnite, Roblox and Minecraft gameplay in his videos. He has earned more than 4.1 million subscribers to his RonaldOMG YouTube channel.

He uploaded a first video in February of 2016 which he called "Minecraft: BLOODIEST NIGHT | Kids learning how to play Survival Mode."

Some of his most watched YouTube videos are part of a Murder Mystery Roblox series. In 2021, he expanded his gameplay content to cover games such as Apex Legends and Subnautica.

He is the younger brother of KarinaOMG. Together, they collaborate on a joint YouTube channel called SIS vs BRO. He has a younger sister named Aria. He has also been known online as Ronald Kurzawa.

For one of his YouTube videos, he played EthanGamerTV's mini-games.

RonaldOMG Is A Member Of