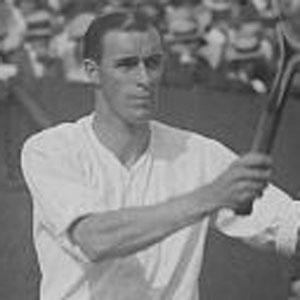 World No. 1 player for seven years in a row who won 15 majors, including 10 Grand Slams.

He lost his mother when he was only 18; soon after, his father and older brother also died, causing him to develop severe depression.

He went down in history as one of tennis' greatest players, but his homosexuality was often treated with contempt and suspicion.

He lived with his aunt until he was 48.

He and Babe Ruth were both part of the 1920s, known as the Golden Age of Sports.

Bill Tilden Is A Member Of