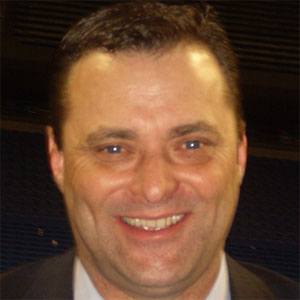 He played basketball at Graford High School and Ranger College.

He led UTEP to a WAC Regular Season Championship in 2004.

He was born to Winifred and Clyde Gillispie.

He coach the Kentucky Wildcats from 2007 to 2009, before being replaced by John Calipari.

Billy Gillispie Is A Member Of