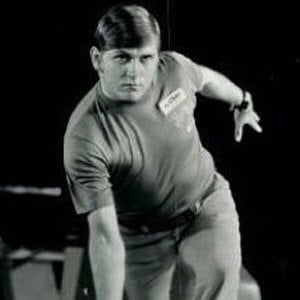 He was the first bowler ever to capture the Triple Crown, winning the U.S. Open, PBA National Championship, and Tournament of Champions.

He had great success even before his triple crown, tying a bowling record in 1961 by winning seven titles in a single season.

He was married three times in his life,\ and raised four children.

Billy Hardwick Is A Member Of