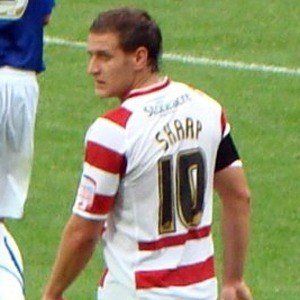 Striker who won the Football League One championship in 2006-2007 with Scunthorpe United and was named the League One Player of the Year that same year. He has had eleven transfers throughout his senior career. 5 of them were loans.

He made his professional debut with Sheffield United in 2004. He has gained over 30,000 followers on his personal Instagram account.

He joined midfielder Dean Furman on the Doncaster Rovers in 2014.

Billy Sharp Is A Member Of