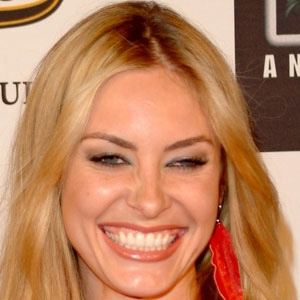 Model, actress, and television host of the TLC's Junkyard Mega Wars. She has appeared in an episode of "Curb your Enthusiasm" and in the film "Deuce Bigalow: European Gigolo".

She modeled in various publications and had one of her first acting roles in the 2003 film "Dude...We're Going to Rio".

She co-founded the non-profit foundation Cuties for Canines Inc., which helps finds homes and shelters for dogs.

She comes from a family in Annapolis, Maryland.

She appeared on the television show Curb Your Enthusiasm starring Jeff Garlin.

Bobbi Sue Luther Is A Member Of