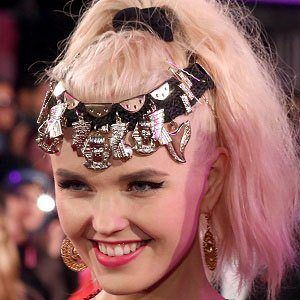 Model, singer, and fashion icon who got her start modeling for agencies in Athens, Paris, and Istanbul. She also created her own clothing line and associated boutique.

She studied fashion at Elly-Heuss-Knapp-Schule Berufskolleg in Dusseldorf, Germany before she began her modeling career.

She formed the band The Rio Girls, but after two singles, the group disbanded. She later formed Grossraum IndieFresse and released "Richtig Nice" in summer 2015.

Born in Berdsk, Russia, she spent much of her life in Berlin, Germany. She briefly married Carl Jakob Haupt in Las Vegas in 2013 before it ended the following year.

She is a popular Russian-born model like Irina Shayk .

Bonnie Strange Is A Member Of