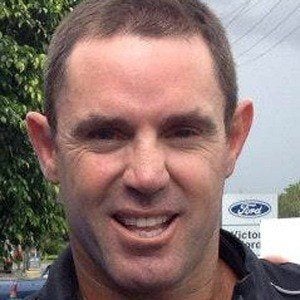 Former captain of both the New South Wales and Australia teams who was awarded the Golden Boot in 2000. He later coached the Sydney Roosters from 2007 to 2009 and the City New South Wales team between 2010 and 2013.

He joined the Penrith Panthers in 1989 and remained with the club until 1995 before joining the Sydney Roosters.

He was born in Auburn, New South Wales, Australia and is of German descent. He and his life partner Marie Liarris have children named Demi and Zach.

He became a co-host of the Australian National Rugby League reality television series The NRL Rookie alongside Adrian Lam.

Brad Fittler Is A Member Of