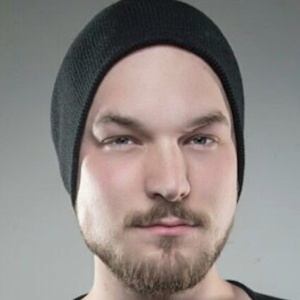 Songwriter and producer for the alternative metal, post-hardcore band Get Scared. The band's debut album, Best Kind of Mess, was released in 2011.

Get Scared was founded in 2008 in Layton, Utah. They released their first EP that year.

In 2009, the band recorded their first music video for their single "If Only She Knew Voodoo Like I Do." Their music video for "Badly Broken" has received over 700,000 views on YouTube.

He grew up in Utah, and is close to his mother. He often posts Instagram pictures with his girlfriend Cherish Sorenson.

Nicholas Matthews is the lead singer of Get Scared.

Bradley Lloyd Is A Member Of