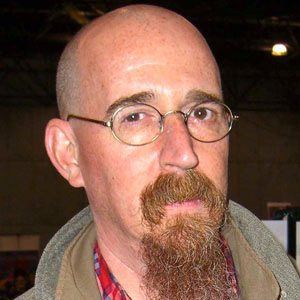 An Eisner Award-winning comic book writer, he is known for his DC Comics-published crime series, 100 Bullets. He also wrote several installments of Hellblazer and Batman.

He began his career by working as a line editor for Comico Comics. He later co-created the Western comic series, Loveless, with Marcelo Frusin.

He rebooted the Wonder Woman series with the launch of The New 52 in 2011.

He settled in Chicago with his wife and fellow comic book writer, Jill Thompson.

He co-wrote The Dark Knight III: The Master Race with Frank Miller.

Brian Azzarello Is A Member Of