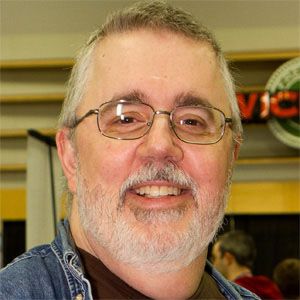 American comic book author who created the Astro City series and worked on The Avengers for four years.

He was not allowed to read comics as a child, but began reading them as a teenager and created comics with Scott McCloud in high school and college.

He won dozens of awards for his work in the comic book industry, including Favorite Writer at the 1998 and 1999 Comics Buyer's Guide Awards.

He married Ann Busiek, who was depicted alongside him in an issue of Marvels No. 3.

He collaborated with artist Alan Davis on several issues of The Avengers.

Kurt Busiek Is A Member Of