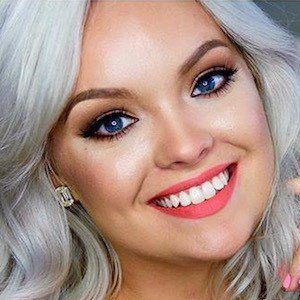 YouTube makeup specialist who is known for her self-titled channel. She is particularly known for her makeup tutorials, beauty advice vlogs, and personal testimonial vlogs.

She created her YouTube channel on October 26, 2013. She posted her first video, "Red Glitter Halloween Tutorial!", that same day.

Since its creation, her YouTube channel has amassed more than 750,000 total subscribers. She has also worked in Chicago, Illinois as a professional make-up artist. One of her most popular videos, "How To: Perfect Messy Bun," has reached more than 1 million total views since its February 25, 2015 original posting.

She and her fellow YouTuber Jaclyn Hill are both known for their prolific channels with detailed make-up tutorials.

Brianna Fox Is A Member Of