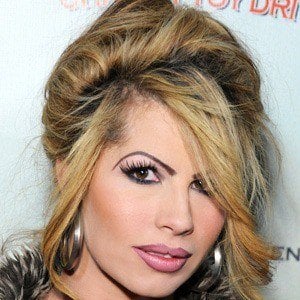 American adult film actress who has appeared in over 400 adult films. She has also made a foray into directing adult films.

She became a professional dancer in San Francisco when she was 19.

As of 2014, she has been under contract to act in films produced by Vicious Media.

She grew up in Sonora, California, but moved to San Francisco and later Phoenix, Arizona.

She has appeared in several sketches on Lopez Tonight with George Lopez.

Brooke Haven Is A Member Of