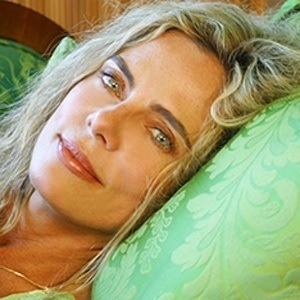 Brazilian writer and poet turned actress who became known from the HBO series Mandrake. She has also appeared in films such as All About Happiness, The Sign of the City and Amor en Sampa.

She made her debut acting in the film A Noite dos Duros in 1978.

She was considered one of the most beautiful women in Brazil and posed for Playboy in January 1991.

She is the daughter of Italian film producer Ugo Lombardi and Yvonne Sandner. She met her husband Carlos Alberto Riccelli while working on the soap Aritana in 1978. They have a son named Kim Riccelli.

She starred as the lead role of Bruna in the film The Sign of the City opposite actor Malvino Salvador.

Bruna Lombardi Is A Member Of