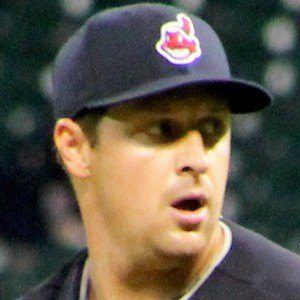 MLB pitcher who debuted with the Arizona Diamondbacks in 2011. He joined the Cleveland Indians in 2013 and helped the team reach the 2016 World Series.

In 2014, he appeared in more games than any other pitcher.

His younger sister, Lauren, was the first in his family to graduate from college.

Both he and Cody Allen have played as pitchers for the Cleveland Indians.

Bryan Shaw Is A Member Of