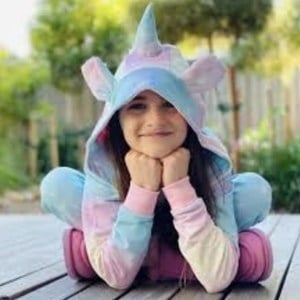 She was as young as three years old when she began appearing on social media.

She enjoys crafts, sewing and surfing. She has a pet guinea pig whom she refers to as her dream pet. Many videos on the Norris Nuts YouTube channel focus on Naz's experiences with her guinea pig.

Her siblings are Sabre, Biggy, Sockie, Disco and Charm Norris. Her mother is named Brooke Norris and her father is Olympic swimmer Justin Norris.

UnlistedLeaf was featured in a video on her family channel.

Naz Norris Is A Member Of