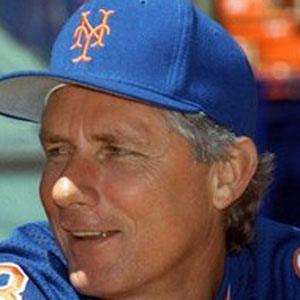 Retired MLB shortstop who was named to two All-Star teams as a member of the New York Mets.

He started playing baseball at Sunset High School in California.

He married his first wife, Yvonne Harrelson, in 1965 and his second wife, Kim Battaglia, in 1975.

He made a guest appearance on an episode of Ray Romano's television series Everybody Love's Raymond.

Bud Harrelson Is A Member Of