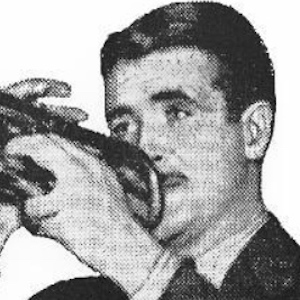 Jazz trumpeter of the 1930s who published many acclaimed works but ruined his career with excessive drinking.

Starting to play the trumpet at an early age, he was, by age twelve, performing in a youth band organized by his grandfather.

He toured with Hal Kemp's Band through much of Europe in the early 1930s and, on his return to the U.S., he joined the CBS studio band.

He was born in Hilbert, Wisconsin.

Gaining a reputation as a strong jazz soloist, he was invited to participate in orchestras led by Glenn Miller and Billie Holiday.

Bunny Berigan Is A Member Of