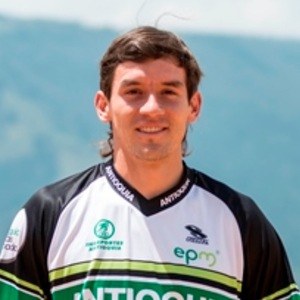 Championship cyclist most well known for being selected to represent Colombia in the 2012 London Olympics. It was there he took bronze in the men's BMX category.

He began riding BMX at the age of six and by 2008 had become a national champion in Colombia.

His BMX success has led to a significant social media following. He has amassed more than 50,000 followers to his okendobmx Instagram account.

He was born and raised in Medellin, Colombia.

He was joined at the 2016 Rio Olympics by fellow Colombian representative Mariana Pajon.

Carlos Oquendo Is A Member Of