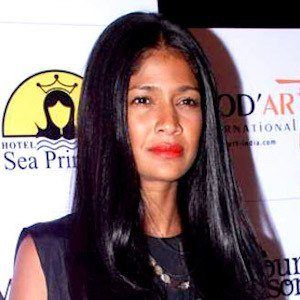 Fashion model whose career took off when she was crowned the winner of the annual Elite Model Look India contest in 1998. She later appeared as a contestant on the reality shows Bigg Boss and Fear Factor: Khatron Ke Khiladi, where she finished as the first and second runner-up, respectively.

She was raised in Mumbai, India.

She made a cameo appearance in the black comedy film Being Cyrus (2005).

She married French journalist and businessman Samuel Ziza in 2013. She gave birth to a son in July 2016.

She came in second to actor Rahul Roy on Big Boss 1.

Carol Gracias Is A Member Of