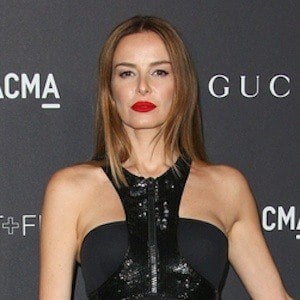 International fashion model who has been featured on the cover of publications such as Elle France and Cosmopolitan Chile. She has gone on to amass more than 30,000 followers on her eponymous Instagram account.

She began modeling for Paula magazine at the age of 14.

In 2014, she starred in the feature film Blood Sugar Baby.

Her sister Rosita Parsons is also a successful model.

She was cast in a minor role in the film Get Well Soon which starred Courteney Cox.

Carolina Parsons Is A Member Of