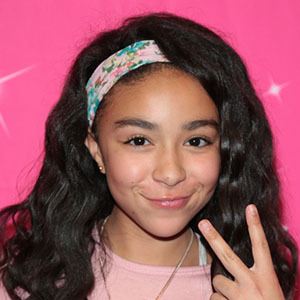 Actress, model and social media star who became the host of Robot Runway on the GoldieBlox YouTube channel. She also landed a recurring role on the series Smoketown and appeared in the 2019 film Captain Marvel.

She studied improv at the Groundlings diversity camp.

She was cast in commercials for Pizza Hut and the National Football League.

She shared a family photo with her parents and younger brother on Instagram in February 2019.

She was featured in the 2018 movie UFO alongside Gillian Anderson.

Cece Abbey Is A Member Of