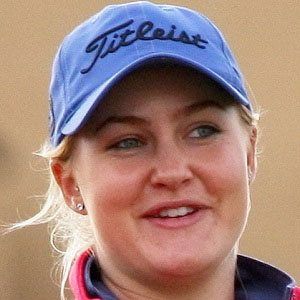 English golfer who was named the European Ladies Tour Rookie of the Year in 2013. That year, she won the Solheim Cup representing Europe and later won the Lalla Meryem Cup in 2014.

She won the U.K. National Ladies Championship at age 9.

At 17, she became the youngest person ever to compete in the Solheim Cup.

Her father played golf with her at the Kettering Golf Club.

She and Sophie Gustafson have both represented Europe at the Solheim Cup.

Charley Hull Is A Member Of