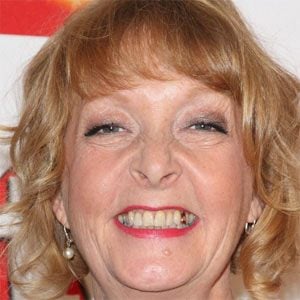 British actress who played Val Pollard on the British soap opera Emmerdale. She won a British Soap Award in 2006 for the role and has been nominated more than five times.

She has been in the entertainment industry since 1992 and for her role in the 1998 film Scar, she won a best actress award from the Monte Carlo International Television Festival.

She had a starring role in the comedy film Purely Belter in 2000.

She was born in Wallsend, Northumberland, England.

She had a recurring role in 2007 on the BBC2 short-lived series Grumpy Old Women, which starred Jenny Eclair.

Charlie Hardwick Is A Member Of